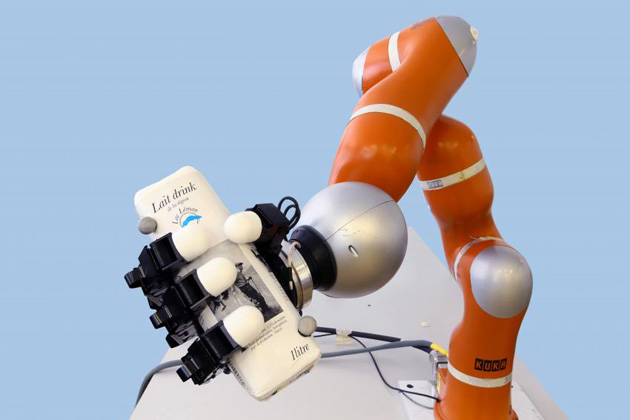 Humans are good at catching fast-moving objects — just ask any baseball fan. Robots typically lag behind, however, which is why the École Polytechnique Fédérale de Lausanne (EPFL) has developed a robot arm with the reaction time needed to catch just about anything. After learning the basic concepts by imitating human behavior, the machine uses its cameras to predict the path of a flying object and grab it in less than five hundredths of a second — roughly as fast as it takes you to blink. It can even adapt to objects whose center of gravity is likely to shift around, such as a half-full drink bottle.

The EPFL’s breakthrough may first find a practical use in space, where it could catch orbiting debris before it hits satellites. It will certainly be useful here on Earth, though. Safety-minded robots could catch falling people, and the underlying motion detection could help driverless cars avoid collisions. While it’s doubtful that you’ll see robots on a baseball field anytime soon, it might not be long before they can offer a helping hand in a crisis.