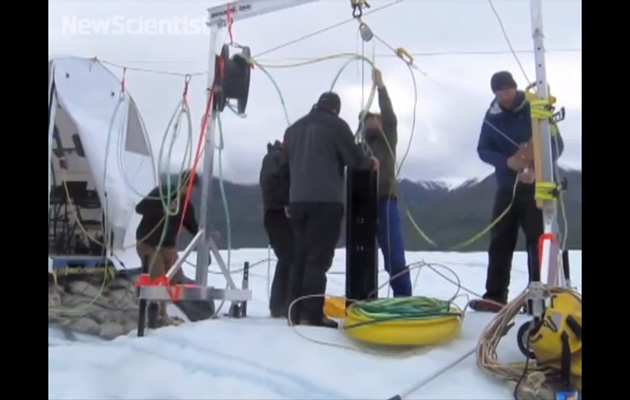 When it came to life on Mars, NASA might have struck out, but it’s got a good feeling about Europa. The agency is working on a probe designed to scan its vast oceans for signs of alien life, but there’s a problem, namely the thick layer of ice that covers the moon’s surface. That’s where VALKYRIE comes in, a torpedo-shaped robot that’ll suck up water, warm it and fire it back into the ice to quickly and easily drill through the layer. Once the hardware reaches its destination, it’ll release a swarm of smaller ‘bots that’ll map the geography and hunt for alien microbes. There’s still a few issues to work out with the gear, like the fact that it can’t properly change course while tunneling, which would be pretty essential if it were to come across a rock or other blockage. Then again, given that we won’t be ready to launch a mission to Jupiter’s moon until the early 2020’s, NASA’s got some time to fix the problems.